I was never a girly girl sure I danced and played with dolls but I didn’t fit the stereotypical little princess standard.  When asked what I wanted to be when I grow up, mother or wife were never crossed my mind, instead I would say I wanted to be a scientist, an astronaut, a pharmacist, or a plastic surgeon.  I wasn’t one to watch or read fairy tales instead I ran around my backyard pretending to be Cheetara from the Thunder Cats or spun around pretending to transform into Wonder Woman.

With all that said I did explore the sciences in college and ended up with degrees in the social sciences.  The only scientific

experiment that I conducted was an utter failure that killed my grandmother’s entire cactus garden (she never did find out it was my doing).  It is therefore no wonder that while many women I know dreamed of becoming mothers to little girls I was so relieved when I was told I was having a boy. The way I saw it, I wouldn’t have known what to do with a little girl.  Surely I could dress her up pretty in pink and have her take dance class but I was not going to raise a princess, not unless she was to be a warrior princess because I am no Cinderella.  At first I thought, great a boy! baseball, superheroes, martial arts, sports I can’t mess that up.  Then reality began to set in, the role of men in today’s society is so convoluted.  The entertainment world and the media portray men as aggressive, unfaithful, irresponsible and non committed; then there’s the cultural machismo and even within many of the religious groups there’s a male superiority factor that is not very Christ like.  As a single mother without a father figure to point to as an example I often wondered what was I to do, sure I can shape the boy but I am raising a man.

I read books, articles, listened to church messages and signed up to e-newsletters, mind you I did all this in addition to my formal education which is heavily on the area of human development. I looked into the most conservative articles and books (which by the way made me feel like both my child and I were doomed without hope) to the liberal ones that were frankly too happy go lucky to be taken seriously.  I was doing all this in the quest not to mess up my son until I finally accepted the fact that it didn’t matter how many books I read not one of those experts could give me a fool proof way of raising my son into the man of great character I want him to be.  And the most important thing I realized is that no matter how hard I tried not to mess up I am not perfect and would never be,  so mistakes will be made.  Although, all that reading did help me get different strategies and techniques to addressing the needs of my son as a single mother in order to minimize and correct my mistakes.  Here are a few of the things I’ve learned so far:

Nearly eight years later, and still a single mom, I worry from time to time about messing up my son due to poor choices.  I’m often hard on myself because it seems so much easier to manage my students than my own son, but everyday is a new lesson learned and every morning is a new chance to improve.  My son has played sports, participated in church skits and  has even danced ballet (shh! don’t tell him I told you).  He has shown kindness and understanding to his school classmates and has begged me in tears to donate money for the homeless and for animal shelters.  I may not be doing everything right and I don’t know all there is to know about being a mother and bringing up  a son but so far God’s grace continues to be enough to cover my flaws as I raise my boy into a great man of character.

This post first appeared on July 2012 on one of my first WordPress blogs, One Woman Standing: On Life Liberty and the Pursuit of Happiness.  As it is #TBT Throwback Thursday and I am retiring my blog I figured I’ll just repost.  As I read back on it now I have continued to fall short but every day is a new start and today my son is 9 years old and the greatest compliment he paid me took place the other night when he told me he had a great life.  Sure he continues to gripe and growl when I tell him not and I continue to scream after he ignores me the first two times I speak, but in the end he knows I love him, he recognizes he is blessed and we improve on the mother and son front everyday. 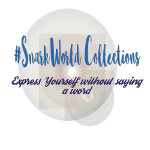